The Captain and Committee would like to say a big CONGRATULATIONS to Commercial’s newly crowned Champions of Ireland !

This was Commercial’s largest ever entry to the Irish Rowing Championships (we entered 57 crews – indeed this was the biggest entry of all 65 clubs affiliated with Rowing Ireland).  By this measure, we could argue that Commercial is now Ireland’s biggest Rowing Club!   At the start of the year we wondered if our Club could quickly ramp-up and successfully translate our enlarged membership into medals.  This weekend we have seen that the answer is a resounding ‘Yes’.  2015 saw Commercial win 5.5 Golds, which is a huge improvement from last year’s 3 and just two the year before.    Moreover, we had many close 2nds and our 2016 campaign could return our club back to its historical place at the top of the medals table. 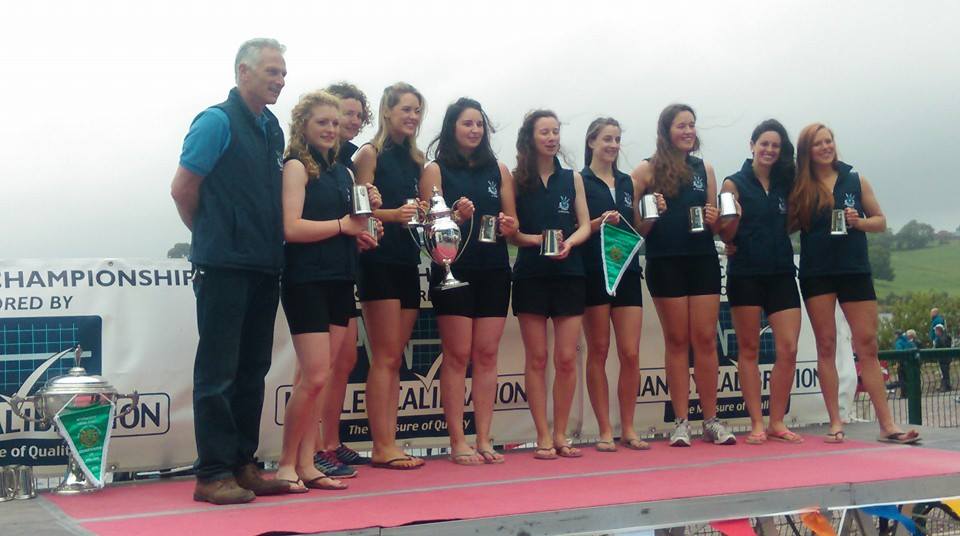 Both the men and women’s novice squads brought home the gold!  Caimin’s Lads continued their great form and rowed with great composure to win the MN4X+ event over a brave QUBC crew, while Jim’s WN8+ Ladies exhibited overwhelming athleticism by powering over the line seventeen seconds ahead of Trinity. 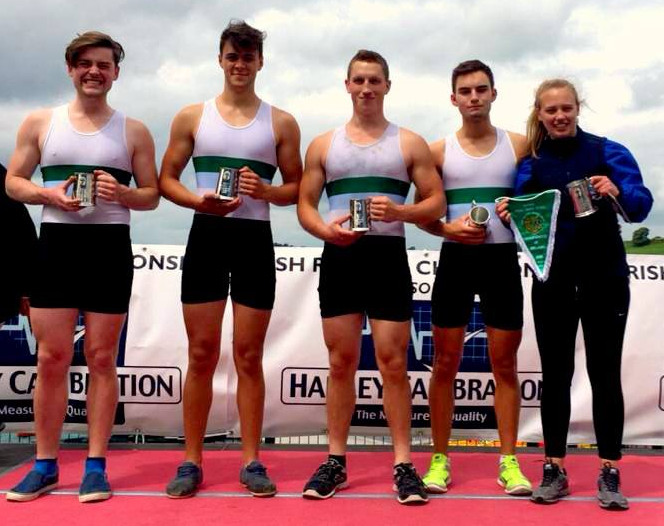 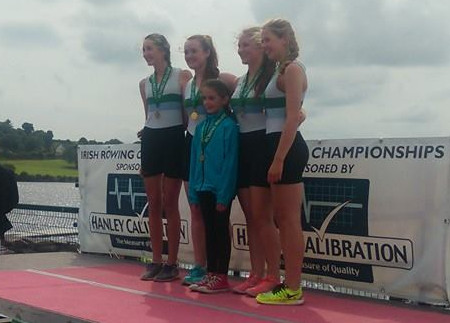 A perfect combination of fitness and technique saw Mike and Norah’s WJ16 4X+ highly disciplined girls battle their way through the heats and semi’s to win gold over Cork by five seconds.  This was no mean feat as this year the WJ16+ event was stacked with 23 crews..

The men’s intermediate pair (MI2-) of seasoned international oarsmen Neil Gahan & Colm Dowling exploded off the starting blocks and held their lead to claim Gold in a whopping 6m47s (a much faster time than even the winning Senior 2-).

The Men’s Masters 4 were back in action in a composite crew with Neptune and their never-say-die approach led them to claim gold over a visibly younger Galway crew! 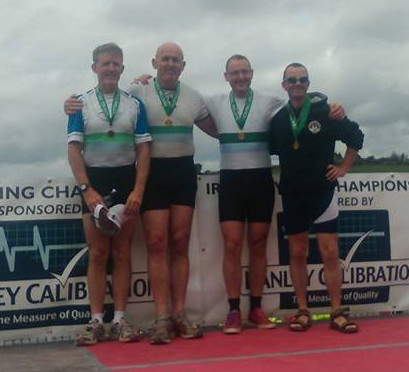 Last, but by no means least, a special congratulations to Sadbh McCannon, who, at just 12 years of age,

won the WJ15 1X event and therefore is our ‘Man-Of-The-Match’.  Commercial will be watching her career with great interest over the coming years!

The Captain would like to thank all involved in our 2015 Championship Campaign.  As you can imagine, a herculean logistics effort is required for such a large entry – organisation of transport and accommodation, carrying the trailers, (p)repairing the boats, etc.   Finally, a special thanks to our coaches, who voluntarily spend up to 30 hours week-in week-out to prepare their crews.